"Oh, and Michael Jackson, who has instructed Dewey & LeBoeuf to defend a claim made by a member of the Saudi royal family concerning a recording and entertainment contract."
Posted by LeslieMJHu at 2:57 AM 1 comment:

Below you may read an overview of Michael Jackson's known team Members:

Dr. Arnold Klein - Dermatologist
Posted by LeslieMJHu at 2:45 AM No comments: 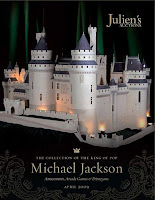 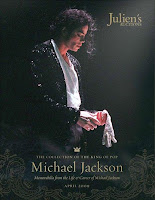 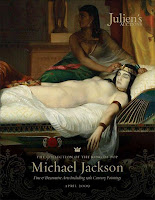 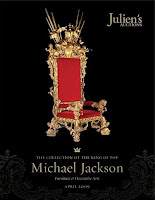 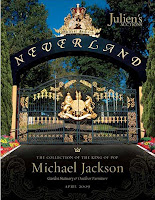 New pictures from "The Collection of the King of Pop" boxed set:
Posted by LeslieMJHu at 11:24 PM No comments:

The company announced today that they will organise an event for the band at the Blue Bird Theater (owned by AEG) on March 20, 2009.

As well did you notice that AEG Live is a sponsor of this years' MusiCares event along with Jackson?

Another sign of the Jackson & AEG deal?
Posted by LeslieMJHu at 3:24 AM No comments:

Take a closer look at the picture.

Dr. Klein's office in Beverly Hills, next to the Mickey Fine Pharmacy. The same white painted walls and brown bricks.

It's been rumored that Michael Jackson's recent visits to a Beverly Hills medical center were somehow in connection with his longtime dermatologist.

Now I can confirm that Jackson visited Dr. Klein at least three times in the last 4 months.

On December 19, 2008 Jackson left Dr. Klein's office along with the doctor himself, however they have not been fully pictured together.

Updates in the Syl Johnson Case

Michael Jackson and some other defendants has a new attorney in the case, since the old one left his former company, Jenner & Block LLP.
Posted by LeslieMJHu at 2:50 AM No comments:

Official "Thriller Live" merchandises has been released recently (January, 2009). You may order them from here: Unfortunately the letters on the "Michael Jackson Auditorium" in the King of Pop's former elementary school are still covered. 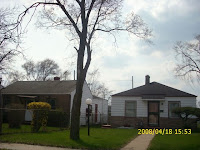 I have made a research on Michael Jackson's known properties. Below you may see an overview:

Jackson Family home in Gary (Recent picture above)
According to the official papers the property's current total value is over $19.000 and owned by the Jackson Heirs Trust (Katherine and Joseph Jackson). Some sources says that Jackson bought the property back in early 2003. There are no liens or unpaid taxes on the property.

Jackson Family home in Encino
The Jackson Family compound is worth around $3 million. According to the official papers, the home is owned by Jackson himself. There are no unpaid taxes on the property, but a $4 million mortage lien.

Katherine Jackson's home in Las Vegas
The property's title once bought by Michael to Katherine has been moved to the "Land Title of Nevada Inc." back in 2003 in Katherine and Joseph Jackson's bankruptcy case. According to several sources, Katherine still has the rights to stay in the home. There are no liens or unpaid taxes on the property.

Neverland Valley Ranch
Jackson did not visit the famous ranch since his 2005 acquittal. The farm is owned by a joint venture between Jackson and Colony Capital (Sycamore Valley Ranch Company LLC) since late 2008. There are no unpaid taxes on the property, but a $24.5 million mortage lien.

Los Angeles property
Jackson reportedly owns a Century City hideout, but no further information is known about this property.

Rented mansions
According to the media reports, Jackson recently rents two mansions, one in Las Vegas and the other in Beverly Hills.
Posted by LeslieMJHu at 7:20 PM 1 comment:

Above you may see pictures about the three young guys playing Michael Jackson in the new "Thriller Live" musical starting today in the West End.
Posted by LeslieMJHu at 3:09 AM 1 comment:

The fans who already ordered the new Michael Jackson Catalouge Box Set have been informed by Julien's Auction, that the item will not be shipped until after March, 2009.
Posted by LeslieMJHu at 7:52 PM No comments:

I just added a Michael Jackson Events Calendar to my blog, that you may find on the right side. Busy months are coming...

As well you can easily add my blog to your favourite RSS Reader.
Posted by LeslieMJHu at 2:14 AM 1 comment:

As a part of the "Motown 50" celebration, Michael Jackson's former record label will release new compilations both from the King of Pop and the Jackson 5:

February, 2008: Hello World - The Motown Solo Collection
Posted by LeslieMJHu at 1:58 AM No comments:

Michael Jackson's former record label, Motown will celebrate it's 50th anniversary this year. The official celebration will kick off on January 12, 2008.

Motown and "Rock And Roll Hall Of Fame Museum" launches a new exhibition today containing items from the Chicago Motown Museum. Among others some Jackson 5 and Michael Jackson memorablia can be seen there.
Posted by LeslieMJHu at 1:35 AM No comments: